Some time ago I helped a group of young people to set up their own touring theatre company. One summer, I wrote a play called Muggins for them to perform at outdoor events. As indoor performance is likely to be out of the question for some time to come, this seemed like a good time to bring it out again. I sent it to Paul Smith of Smith Scripts, he liked it (he called it ‘a delight’) and now it’s in the catalogue.

This is something I posted on Facebook a few days ago.

With everyone, myself included, trying their hand at monologues, I thought it would be interesting to share examples of the form that we might learn from. My suggestion is one by Franca Rame, wife and collaborator of Dario Fo.

There followed a link to the monologue, Lo Stupro (The Rape).

I was disappointed by the response – no likes, no shares – especially as I had posted it to a Facebook theatre group, the West Yorkshire Theatre Network.

I found out why a few days later, when I got a message from Facebook telling me that my post had been deleted because “it goes against our Community Standards”. It must have been the word ‘rape’ in the link that caused the algorithm’s alarm bells to ring.

I was given a choice of response, either to accept the decision or to object. I objected and was thanked for my response which I was told would help Facebook to keep its policies under review. There the correspondence ended.

Here anyway is the link that caused the problem. The monologue is well worth reading!

WHAT DO THEATRES AND RESTAURANTS HAVE IN COMMON?

The Covid-19 pandemic has hit some sectors very hard, not least theatres and restaurants, both of which depend on shared space and shared experience. The answer from restaurants has sometimes been to provide take-away meals and from theatres to stream productions online. But without the shared space and the shared experience, it just isn’t the same. I suggested an alternative in a letter to The Stage.

Silence is the second monologue I have written for RapidReel. The first was Friendly Fire on 10 April. The ‘prompt’ which selected writers receive by email at 9.00am was a photograph of a man with his hand over a woman’s mouth. My short script was sent at 4.00pm to one of the selected actors to learn, record on video and post on Facebook and Twitter before 8.00pm.

Click on the image to watch Darryl Johnson perform Silence.

SCRIPTS FOR THE NHS

Smithscripts have come up with a great idea to work with some of their authors to make scripts available royalty-free in return for donations to charities supporting the NHS. Click on the link below to see the scripts that are available, including some of mine.

I took part in another Coronavirus lockdown diversion a few days ago, this one organised by Leeds Arts Centre, the oldest amateur drama group in the city nearest to my home. They asked their members to post videos of themselves performing an extract from one of Shakespeare’s plays, challenging others to identify the play and the character. I chose something from one of the least well known and least performed of his plays.

A Yorkshire Tragedy is unique among Shakespeare’s works in being a one act play based on recent events – a shocking murder committed by the lord of the manor of Calverley, a village near Leeds, in 1605. It was performed by Shakespeare’s company, the King’s Men, at the Globe in 1608, as part of a quartet of which the other three parts are lost, and has been rarely performed since. 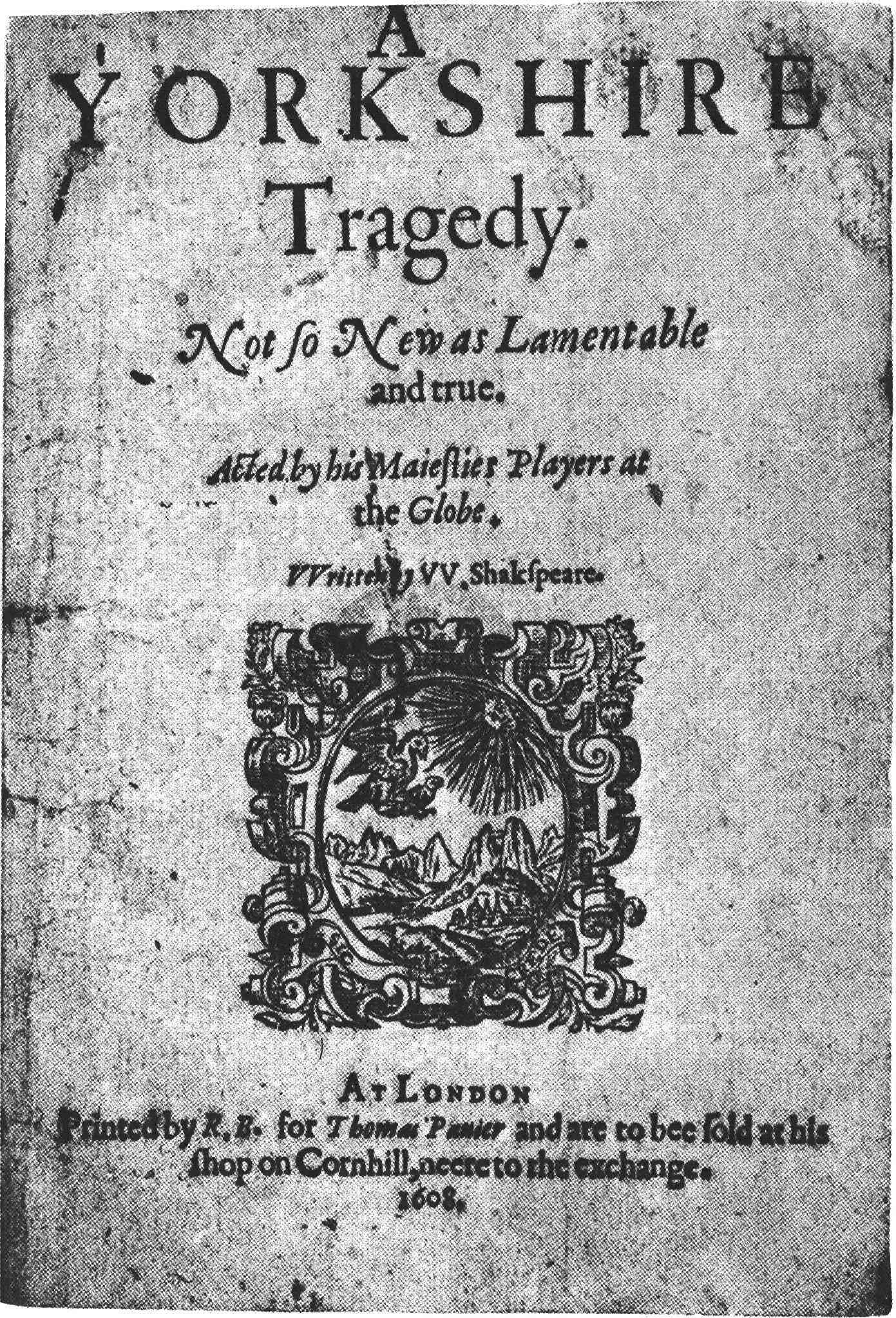 I’m hoping to change this with a new version of the play which combines the original text with a parallel contemporary story. It is currently a play in search of a production and can be read by clicking on the link below.

This monologue was the result of my taking part in RapidReels on Friday 10 April, a Coronavirus lockdown diversion and creative opportunity for writers and actors.

The writer has three hours in the morning to write a two-minute monologue in response to a verbal prompt. The monologue then goes to an actor, who has another three hours to learn, rehearse and perform the script on video, which must be posted on Facebook and Twitter by 8.00pm.  The prompt I had was “It’s war and, in war, the only crime is losing.”

Julie Boyle was the actor who brought an exciting and demanding day to a very satisfactory conclusion with her performance of Friendly Fire.

I wrote this short play for voices in response to an incident that was in the news in the UK not long ago. With performance opportunities currently in short supply and likely to remain so until the end of the pandemic is at least in sight, if not over, I am leaving it here. If anyone wants to use it, perhaps at an open mic event when such things start happening again, just let me know.

Unfortunately, the performance of A Hunger Artist which was to have taken place at The Carriageworks Theatre on 21 March had to be cancelled due to the closing of all theatres because of the coronavirus pandemic. Fortunately, a new date for the performance will be announced as soon as theatres are able to re-open.

I was commissioned last year by a performance art company called CVIVArts to write two monologues for a dramatisation of this short story by Franz Kafka. The production is currently on tour and getting very positive audience feedback. I’m looking forward to seeing it myself for the first time at The Carriageworks Theatre, Leeds, on 21 March.

“Beautiful performance, was captivated throughout.”

Scripts and performance rights for three of my plays are now available from Smithscripts.

How do you tell someone you love them if you can’t find the words?

My play about stammering, written in collaboration with speech and language therapist, Dr Trudy Stewart, with help and advice from people who stammer.

A new production of Unspoken was performed at The Old Schoolhouse, Oxford, 22-26 October 2019, directed by Alexandra Coke for BMH Productions.

REVENGE OF THE SEA GOD

Prague Youth Theatre’s production of Revenge of the Sea God, my play for young actors based on Homer’s Odyssey, was performed in Prague in June 2019.

LETTER TO THE EDITOR