Was Shakespeare a socialist?

The question has been asked before. Like the question I asked in another essay, Was Shakespeare a Catholic? it is impossible to answer. All I could say about that was that, until a few years before Shakespeare’s birth, everyone was a Catholic and in his lifetime a lot of people still were, whether they admitted it or not. Old habits die hard.

The question whether Shakespeare was a socialist is prompted now by debates in England about public services. Those debates are not new. They come and go in different guises at different times. In Shakespeare’s day the debate was about the ‘common weal’ or ‘commonwealth’. Specifically, it was about the appropriation of common land by landlords in a practice known as ‘enclosing’. The dispossessed commoners who tried to take their land back were accused of ‘turning the world upside down’,  wanting to put themselves at the top and their landlords at the bottom, overturning the natural order.

Sir Thomas More, in Utopia, took the side of the dispossessed. ‘Each greedy individual preys on his native land like a malignant growth, absorbing field after field, and enclosing thousands of acres with a single fence.’ More, whose opinions today would be considered hopelessly utopian, is represented in Shakespeare’s The Tempest, by Gonzalo who tries to distract Alonso, the king, from his grief at the loss of his son in the wreck, by describing his ideal society.

I’the commonwealth I would by contraries
Execute all things; for no kind of traffic
Would I admit; no name of magistrate;
Letters should not be known; riches, poverty,
And use of service, none; contract, succession,
Bourn, bound of land, tilth, vineyard, none;
No use of metal, corn, or wine, or oil;
No occupation; all men idle, all…

Shakespeare, being both a dramatist and a poet, is always both ambivalent and ambiguous. As a dramatist, he lets his characters speak for themselves, giving them equal weight, Iago as much as Othello, Macbeth as much as Malcolm, Antony as much as Cleopatra. His own sympathies, if he had any, are ambivalent, which means that ours are too.

It is not clear whether Gonzalo himself really believes what he says. When the young nobles, Antonio and Sebastian, make fun of him, he says to the king that he only said what he did ‘to minister occasion to these gentlemen, who are of such sensible and nimble lungs that they always use to laugh at nothing’. A good director of The Tempest does not take sides. A bad one either makes Gonzalo an old fool or Antonio and Gonzalo young fools.

As a poet, Shakespeare wrote plays in which individual voices speak not only for themselves but combine to create a verbal tapestry, a web of ambiguity. Some of the most beautiful lines in The Tempest are spoken by its least beautiful character. What are we to make of Caliban, whom Prospero describes as ‘filth’, describing the island to Stephano and Trinculo, the play’s two clowns?

Be not afeard; the isle is full of noises,
Sounds and sweet airs, that give delight, and hurt not.
Sometimes a thousand twangling instruments
Will hum about mine ears; and sometimes voices,
That, if I then had waked after long sleep,
Will make me sleep again; and then, in dreaming,,
The clouds methought would open, and show riches
Ready to drop upon me; that, when I waked,
I cried to dream again.

Any fool can speak poetry in Shakespeare’s plays. Any rude mechanical, like Bottom; any common soldier, like Enobarbus; any lying slave, like Caliban. The play is a poem as well as a play and all the characters get to speak it.

The question whether Shakespeare was a socialist is the wrong question. The right question is whether socialism was among the things he wrote about.

Lear in his madness rages against hypocrisy and inequality. ‘See how yond justice rails upon yon simple thief. Hark, in thine ear: change places; and, handy-dandy, which is the justice, which is the thief?’

Thou rascal beadle, hold thy bloody hand!
Why does thou lash that whore? Strip thine own back;
Thou hotly lusts to use her in that kind
For which thou whipst her.

King Lear, the play, is not a socialist tract, but a poem about madness, a poem spoken partly by a madman, partly by a fool, partly by ambitious men and women, partly by the innocent victims of Lear’s enemies and of Lear himself. To the extent that King Lear strips humanity bare of all its pretensions and shows us the best and the worst of it, the desire to create a fair and equal society might be strengthened by it. On the other hand, Lear’s words in his last speech – ‘Never, never, never, never, never’ – don’t hold out much hope.

The same with Prospero, whose wish to right wrongs can only be achieved by magic. What hope for socialists there? What hope for education as a means to a better world? Prospero’s attempts to educate Caliban are fruitless.

A devil, a born devil, on whose nature
Nurture can never stick; on whom my pains,
Humanely taken, all, all lost, quite lost…

‘You taught me language,’ Caliban says, ‘and my profit on’t is I know how to curse!’

It would be as easy to prove that Shakespeare believed in magic as to prove that he was a socialist. His plays are full of it. More wrongs are righted by magic in his plays than by people.

Shakespeare’s work is as honest as it is ambivalent, as truthful as it is ambiguous. Enjoying puns, as all Elizabethans did, he would have appreciated More’s choice of title for Utopia, a Greek pun which could be taken to mean either somewhere good or nowhere. There is something of that in Lear’s ironic advice to the blinded Gloucester.

Get thee glass eyes;
And, like a scurvy politician, seem
To see the things thou dost not.

Our own scurvy politicians, who for the most part continue to pursue the policy of enclosure, preferring private ownership to public, condemning the wish for equality as the politics of envy, are just the same. Prospero, by magic, sees everything, including Caliban’s plot to murder him. He foils the plot easily enough, but his last words on the subject are revealing.

‘This thing of darkness,’ he says, ‘I acknowledge mine.’

Caliban is that thing in us that makes Utopia utopian. Not the politics of envy, just envy. If a socialist meaning can be found in Shakespeare’s last play, it is that what we have in common we must acknowledge ours and deal with ourselves for the common good.

If Prospero had been a Tory, he would have said, ‘This thing of darkness, I will privatise.’ 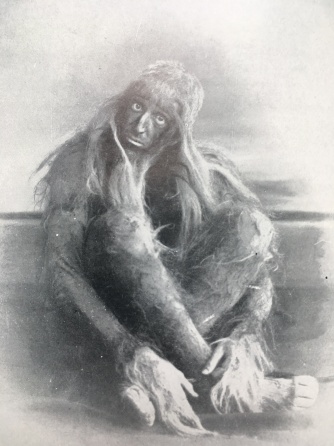 This thing of darkness

This entry was posted on July 10, 2017 by Neil Rathmell in Literature and tagged King Lear, Shakespeare, Socialism, The Tempest.