We just don’t say that sort of thing

Philip Hensher begins his introduction to the Penguin Book of the British Short Story with the assertion that ‘the British short story is probably the richest, most varied and most historically extensive national tradition anywhere in the world’. If this were followed by the word ‘Discuss’, it would make a good exam question. Otherwise, it doesn’t stand up. What about Russia? What about France? What about any almost any other country you care to mention?

Hensher does at least go on to question whether there really is such as thing as the British short story. He makes the notion more questionable by excluding most Irish writers. ‘It is most unlikely,’ he says, ‘that anyone would expect to find a story from James Joyce’s Dubliners in this anthology.’ He doesn’t say why. On the other hand, he admits that there might be ‘a strong argument for including Henry James’. He doesn’t, in fact, but he does include Conrad.

He excludes anything written before the start of the eighteenth century. ‘Even such pieces of imaginative prose as the Elizabethan prose romances seem to me so different from the short story when it emerged under that name, and to contribute so little to its development, that nothing was to be gained by starting so very early.’ Anyway, he admits in a parenthesis, he finds ‘almost all of them agonisingly dull.’ How lucky we are that Shakespeare didn’t, or he wouldn’t have dramatised one of them as The Winter’s Tale.

Hensher quotes the editor of an anthology of Indian short stories, Khushwant Singh, as saying that ‘Western short stories tend to be prolix, leaving the reader to guess what they are all about. That is why many critics believe that the West has lost the art of writing short stories. In India, on the other hand, the short story is as vibrant as ever.’

Apparently forgetting how he began his own introduction, Hensher’s response is to say, ‘No doubt very similar statements of national pride could be gathered from many nations, but it is simply impossible to imagine any British writer now asserting anything of the kind. That is not because of any serious doubt about the quality and energy of the tradition, but because we just don’t say that sort of thing.’

There we have it. That’s what makes the British Short Story British. We prefer ellipsis. We tend to be prolix. We go to all lengths to avoid calling a spade a spade. We just don’t say that sort of thing.

A.Alvarez called it ‘the gentility principle’. Writing about the state of English poetry in his introduction to The New Poetry (Penguin, 1962), he says that there was a time when ‘the English could safely believe that Evil was something that happened on the Continent, or farther off, in the Empire where soldiers were paid to take care of it. To believe this now requires at best an extraordinary single-mindedness, at worst stupidity.’

He concludes that although ‘a good deal of poetic talent exists in England at the moment, whether or not it will come to anything largely depends on the degree to which poets can remain immune to the disease so often found in English culture: gentility.’ What he means by gentility, he explains, ‘is a belief that life is always more or less orderly, people always more or less polite, their emotions and habits more or less decent and more or less controllable; that God, in short, is more or less good.’

The principle of gentility runs all the way through the Penguin Book of the British Short Story. Hensher’s choice of ‘the exemplary British short story’ is Silver Blaze, one of Arthur Conan Doyle’s Sherlock Holmes stories. He chooses it because ‘it is extraordinarily playful with the conventions of its own genre’ and because ‘it is about social class, of course’.

He is right about the playfulness, though he seems not to realise that what he calls playfulness is what Khushwant Singh called ‘leaving the reader to guess what they are all about’. It is also what Alvarez meant by gentility and it is at least arguable that it actually is an obstacle to real seriousness and emotional depth.

Pursuing his argument, he identifies ‘two recurrent qualities of the British short story: its dependence on comedy in any and all circumstances, and its love of Grand Guignol’. We British like to see the funny side. We don’t take ourselves too seriously. We can laugh at ourselves (as well as foreigners) but we are always more or less polite.

Conan Doyle’s story, he says, like many others, ‘is about the actions of the overlooked and misunderstood’, by which he means people of a lower social class. ‘That interest in the overlooked, the apparently insignificant’ can be seen, he says, ‘in a flurry of superb and often richly orchestrated writing on proletarian subjects from the 1890s onwards’.

Alvarez touches on ‘proletarian subjects’ too. ‘The only English writer who was able to face the more uncompromising forces at work in our time was D.H.Lawrence. And he was born in the working-class and spent most of his life outside England; so he had almost nothing to do with middle-class gentility.’ Lawrence, he tells us, wrote that people from that class ‘were always telling me I had genius, as though to console me for not having their own incomparable advantages.’

Philip Hensher is right, I think, in his account of the Britishness of the British Short Story: its style is playful and its subject is class. Whether or not that makes it ‘probably the richest, most varied and most historically extensive national tradition anywhere in the world’ is another matter.

As for the future of the British Short Story, he sees a problem. Lamenting the steady decline in the amount you can expect to be paid for a short story, he writes, ‘I inquired about the fees payable by BBC Radio 4’s short-story slot, Afternoon Reading. Enough to say that it would not pay for my weekly laundry bill.’

How much harder must it be for people who have to do their own washing. 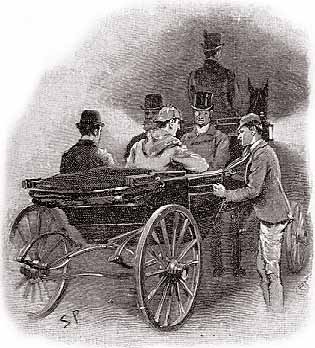 Coming up
Was Shakespeare a Catholic?
6 July 2016