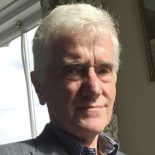 The ambiguity of Robert Browning

Robert Browning was an almost exact contemporary of Tennyson. Their writing lives began and ended, more or less, with the reign of Queen Victoria. But only one of them was truly a Victorian. Tennyson was the embodiment of the age he lived in. Browning started a new one.

In all the poets who came after – and not only the poets but the dramatists and novelists too – we hear echoes of Robert Browning. His irony, his obliquity, his obscurity, his deliberately unpoetic poetry, his throw-away endings – ‘Well, I forget the rest.’

He gave Thomas Hardy his voice – or helped him find it.

Room after room,
I hunt the house through
We inhabit together.
Heart, fear nothing, for, heart, thou shalt find her –
Next time, herself! – not the trouble behind her
Left in the curtain, the couch’s perfume!
As she brushed it, the cornice-wreath blossomed anew:
Yon looking-glass gleamed at the wave of her feather.

That was Browning in the first half of Love In A Life. Now Hardy, with the same freedom of form, the same rhyming lines of unequal length, the same use of enjambement to let verse follow thought, the same change of mood from indicative to interrogative to imperative, in After A Journey.

Hereto I come to view a voiceless ghost;
Whither, O whither will its whim now draw me?
Up the cliff, down, till I’m lonely, lost,
And the unseen waters’ ejaculations awe me.
Where you will next be there’s no knowing,
Facing round about me everywhere,
With your nut-coloured hair,
And grey eyes, and rose-flush coming and going.

Browning’s poetry is allusive and ambiguous in a way that neither Tennyson’s nor any earlier poet’s ever was, though now that is exactly what we expect poetry to be – open-ended, full of possibilities, inconclusive – as in the second half of Love In A Life.

Yet the day wears,
And door succeeds door;
I try the fresh fortune –
Range the wide house from the wing to the centre.
Still the same chance! she goes out as I enter.
Spend my whole day in the quest, – who cares?
But ’tis twilight, you see, – with such suites to explore,
Such closets to search, such alcoves to importune!

Browning left to future poets a voice, a mood, a technique, even a last line. Philip Larkin borrowed it for his short poem, Absences.

Such attics cleared of me! Such absences!

Influential and memorable though Browning’s lyric poems were, the real innovation was in his dramatic poetry. The influence of such poems as Bishop Blougram’s Apology, Fra Lippo Lippi, Caliban Upon Setebos, Mister Sludge ‘The Medium’, Waring, My Last Duchess etc etc, reaches beyond poetry to drama and fiction.

No more wine? Then we’ll push back chairs and talk. A final glass for me, though: cool, i’ faith! We ought to have our Abbey back, you see. It’s different, preaching in basilicas, and doing duty in some masterpiece like this of brother Pugin’s, bless his heart!

It’s a script, not a poem. You need an actor to bring the Bishop to life for you. It’s the same with Mr Sludge.

It’s no good reading it unless you get the voice right. Uriah Heep, perhaps? It could be one of Alan Bennett’s Talking Heads, except that Browning’s characters are more than just characters.

Setebos, in Caliban Upon Setebos or Natural Theology In The Island, is the name of the deity worshipped by Sycorax, Caliban’s mother, in Shakespeare’s The Tempest. Caliban in the poem takes refuge in a cave in the heat of the day, while Prospero and Miranda take their siesta.

He looks out o’er yon sea which sunbeams cross
And recross till they weave a spider-web …
And talks to his own self, howe’er he please,
Touching that other, whom his dam called God.

Caliban’s attempt to make sense of his world and the god Setebos who rules it ends only in confusion, each thought leading to another which seems to contradict it. Caliban’s ‘natural theology’ is neither more nor less convincing than any other kind. Having only his own feelings to go by, he imagines that Setebos must be motivated by feelings too.

He hath a spite against me, that I know,
Just as he favours Prosper, who knows why?

Setebos, he concludes, is a selfish god who keeps us alive only for his own amusement.

He doth His worst in this our life,
Giving just respite lest we die through pain,
Saving last pain for worst, – with which, an end.
Meanwhile, the best way to escape His ire
Is, not to seem too happy.

Caliban, Sludge, Blougram and the rest were personae through which Browning could explore the ambiguity which was to become the defining characteristic of modern literature. In Bishop Blougram’s Apology the subject is religious belief, in Mister Sludge ‘The Medium’ human gullibility, in Fra Lippo Lippi ‘the value and significance of flesh’.

‘All that we’ve gained,’ says Blougram, admitting his doubts, ‘is that belief, as unbelief before, shakes us by fits, confounds us like its predecessor.’

‘My fault,’ says Sludge, forced to admit his spiritualist trickery but defending his honesty in doing so, ‘is that I tell too plain a truth.’

An artist, says Fra Lippo Lippi, should paint things ‘just as they are, careless what comes of it,’ not try to ‘interpret God’.

Art was given for that;
God uses us to help each other so,
Lending our minds out.

Robert Browning was closer to Virginia Woolf and Samuel Beckett than he was to Tennyson. He put words in other people’s mouths and thoughts into their heads just as they did. When Browning gave us a character who ‘talks to his own self, howe’er he please’ he was preparing the way for Woolf’s To The Lighthouse and Beckett’s Krapp’s Last Tape. 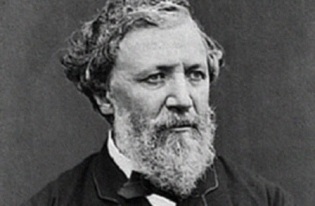 Coming Soon
Wednesday 3 February 2016
When is a play not a play?

This entry was posted on January 20, 2016 by Neil Rathmell in Literature.